703,680. That’s number of steps I’ve taken during one month in Japan, or so my geeky fitness watch tells me. Did I walk the length or breadth of the country you may ask? I feel as if I have. But I haven’t. I was shot across most of it on the Shinkansen, Japan’s bullet train. This number is simply testament to the fact that this country is vast. And not to be underestimated. But if like me you don’t know when you might be back, you don’t want to miss a thing. So how to make the best of it? Here is a killer itinerary to capture this incredible country’s top spots in 30 days (NB. This takes advantage of a 2 week Japan Rail Pass – to get this you must order before you go!): 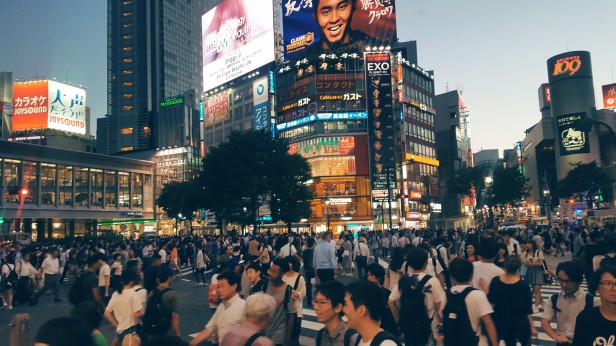 On some trips, it’s often wise not to kill too much time (and money?) in the expensive capital and get on your way to bigger and badder adventures beyond. Not so in Japan. Tokyo is an bottomless treasure trove of cultural delights that a fleeting visit simply will not do justice to and has a lot of options for those with a lower budget. Allow ample time to explore – give it at least a few days if not 7 or 8. Make sure to take in the Tsukiji fish market at dawn, the Imperial Palace, Harajuku for cosplay sightings and high-fashion-meets-tack, Rappongi for shopping and lifesize Doraemon, Akihabara to immerse yourself in geek-culture, Shinjuku for a pedestrian crossing snaps as well as Sensoji, Nezu and Ueno Park. Check out if there are any festivals on to go out in Yukata (summer kimonos) for like Sumida River Fireworks Festival. The brave can do a ‘bullet climb’ of Mount Fuji (train it there in the afternoon, climb overnight to reach the summit at dawn, be down and back on a train to Tokyo by lunchtime – though wiser folk at least squeeze in an onsen visit after to ease their aching calves before returning to the city…). 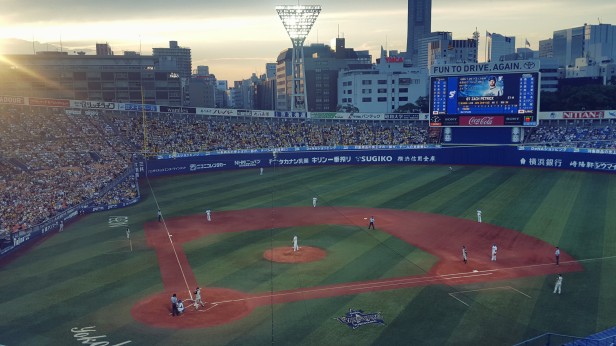 Not be confused with Oklahoma (but you’d be forgiven given its preoccupation with American sports…) this is your first stop using the 2 week Japan Rail Pass which gets you there on a Shinkansen in no time at all. From here you can hit Kamakura beach and watch how the Japanese youth get their surf on (on teeny tiny waves mind) and pose about on lilos and other inflatables in the sea. Try and catch a baseball game while you’re there – it’s a favourite and the locals go mad for it. There’s a Chinatown for dinner if you fancy a break from ramen. Before you hop back on the train the next day make sure to stop at the Landmark building for some incredible views and the Yokohama Museum of Art. Then get the Shinkansen to… 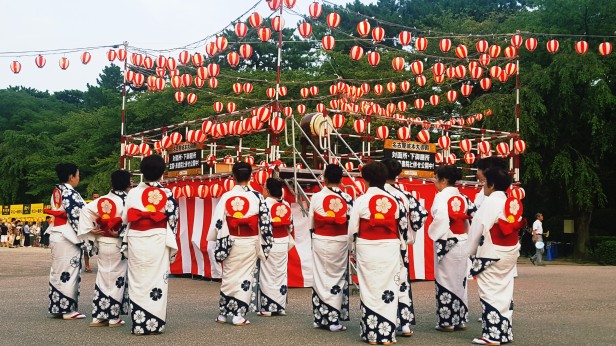 The Toyota Commemorative Museum is an unexpected delight – even if cars don’t really do it for you the company’s history starting out in textiles is actually fascinating and comes complete with English tours and demonstrations on centuries-old weaving equipment. The car section is still the best bit though with some beautiful old cars, heavy duty machinery in operation and an insight into how Japanese car manufacturing first came about. Nagoya castle is an absolute stunner set in a beautiful large park  – grab a can and watch the sun go down from the view at the top. Then it’s back on the train to… 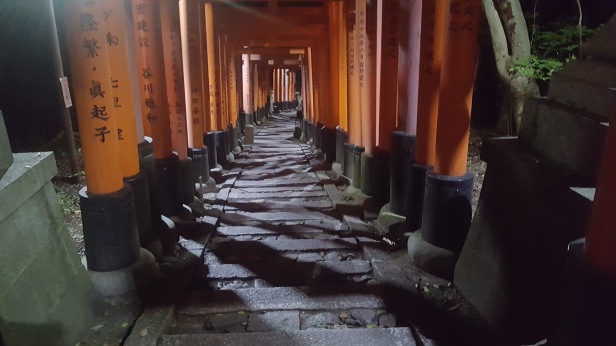 A heaving tourist basin no doubt but for a reason – the concentration of of blog-blowing temples and instagram-smashing shrines to visit in this city is incredible. Consider hiring a bike (some guesthouses have them as well) to hop between them at ease – their beauty is best appreciated at a leisurely pace than a box-ticking fly-by. Don’t miss Gion Corner for Geisha spotting, the lush bamboo grove of Arashiyama, Nijo castle and Nishiki market. Fushimi shrine’s 1000s of red gates are tourist free and unforgettable by night. 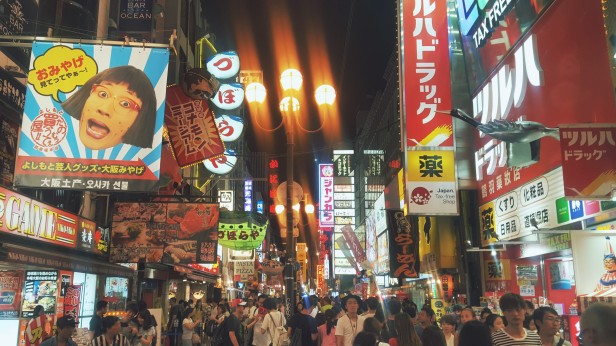 An absolute belter of a city. At this point you wonder when your down time will come but again you will cover serious ground so as not to leave anything behind. 16th-century Osaka castle, Nipponbasji, and Sumiyoshi-taisha shrine should all be hit and Dotonburi’s shopping and eating are a must by night. If you’re lucky you might be there for the record breaking Dotonburi Bon Dance festival. 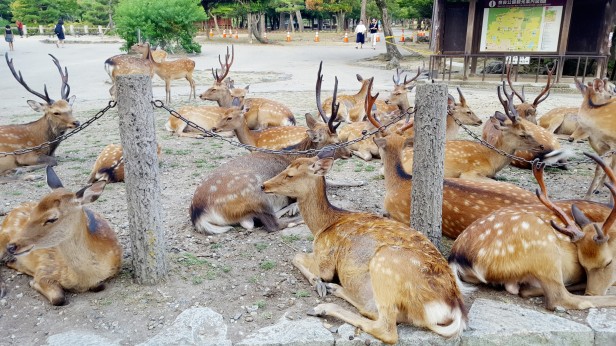 Japan’s first permanent capital, Nara Park has some wonderful temples to roam around, alongside its 1500 deer (careful they’re not as cute as they look, especially if you are carrying deer biscuits…). Don’t miss Daibutsu, Tōdai-ji’s 15m-high bronze Buddha and Kasuga Taisha’s 3,000 lanterns. Seeing the temples illuminated for their lantern festival in August is particularly spectacular. 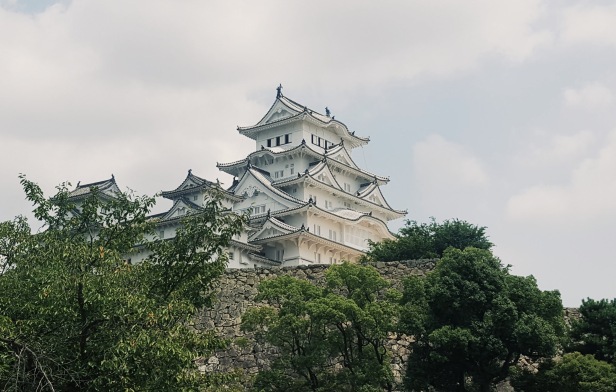 Himeji homes Japan’s oldest castle which feels special to visit as you can have a nosey inside and feel the wooden floor of its expansive rooms beneath your bare toes – but perhaps provides less of a motivation to linger. For those hours not spent in the castle be sure to have a dig round the undercover market arcade and see if you can’t find a bargain Japanese souvenir. There is plenty to do in Kobe but for the seasoned European, its gardens and European-inspired housing is perhaps less of interest than traditional Japanese counterparts. But you can’t pass up an opportunity to sample the world’s best beef so if pushed for time and budget, nip in and out to share an exquisite taster and feel satisfied you have indeed had the tastiest steak you will ever eat. 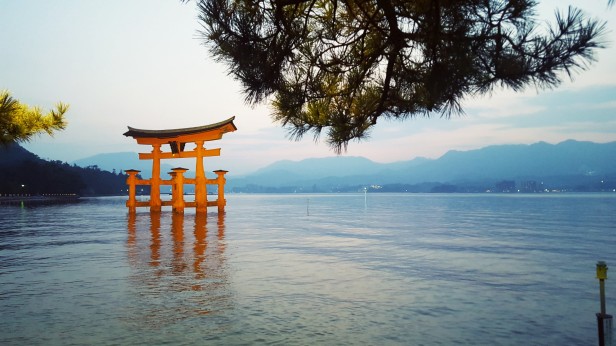 On the one hand, a depressing history to probe through its memorial and museum sites, but on the other not to be shied away from as not only is it mind-opening but beyond its association with the world’s first nuclear attack, this beautiful city has some wonderful museums, people to meet and an individual culture to enjoy. You can do some sake tasting on a day trip to Saijo and Mijajima’s water-based shrine will provide some of the best pic material of your trip. 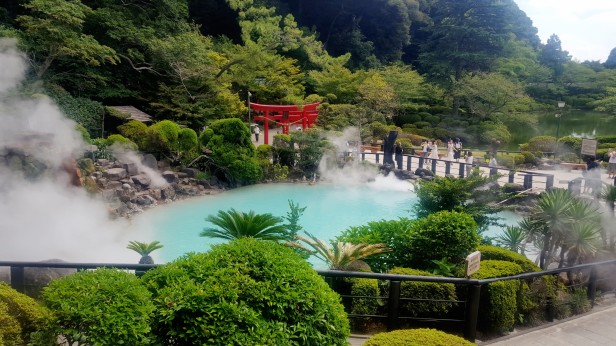 This. Is. Onsen. Heaven. A plethora to visit as well as a different type of city to experience – but be warned: you are not in Tokyo anymore. Civilisation does seem a bit farther a way at this point and the less-Western-friendly restaurants and expansive red light district are difficult to ignore. Book yourself into a hotel with its own onsen if you can and use it as a base to hop between them. Monkey mountain, as bizarre as the concept is, is a must see. 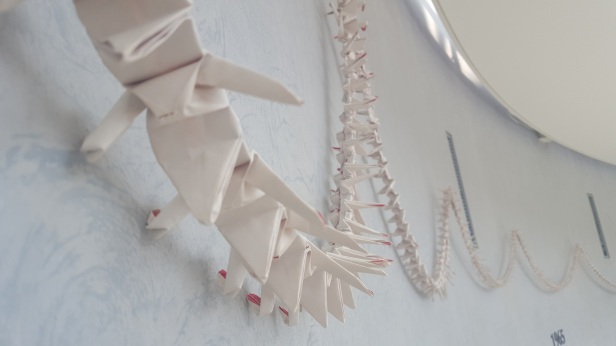 As with Hiroshima, the memorial site and Atomic Bomb museum deserve your time but there’s also fantastic art museums, its unique history as the port for Portuguese then Dutch traders when the rest of Japan was off limits to the rest of the world to be discovered in Dejima, and one of the top three mountaintop views in the world (honestly!) up their cable car. 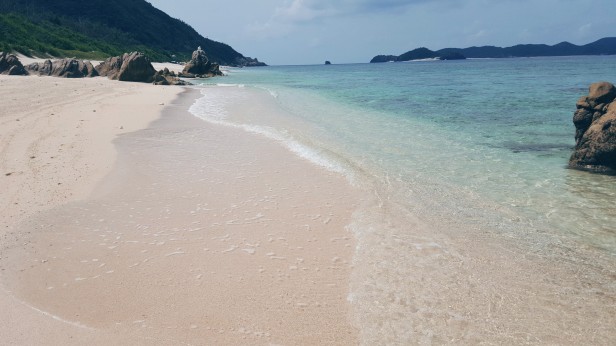 Taking a flight off the mainland is an added bonus if you can stretch to it. The brave head even further south to Mijakojima. But from Okinawa you can exploit Naha, the ferry gateway to neighbouring islands such asa Aka and Tokashiki, and squeeze in some much needed white-sand, blue-water time with the easiest tropical fish spotting opportunities of virtually anywhere in the world. Ticking off the cast of Finding Nemo armed with only a pair of goggles is 100% guaranteed here. Who would have thought it also has one of Japan’s best museums – helping you understand this unique part of the natural world as well as the super uncomfortable reality of still housing 1000s acres of US army bases… 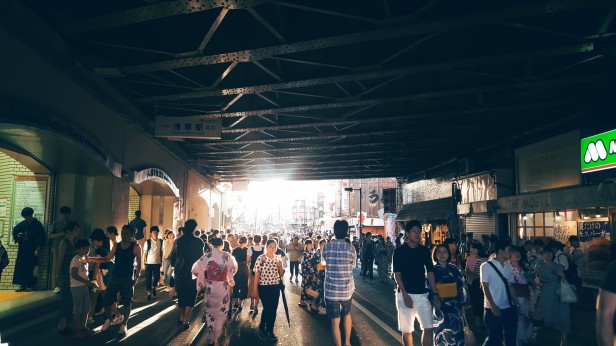 Zip back up to Tokyo and if you can, take a last breather here to mop up the additional sites you missed/were blissfully unaware of until anecdote-sharing with fellow travellers, and take the opportunity to re-engage with city life before you come back to Earth.

Return to reality: If you haven’t collapsed in an exhausted useless heap, you’ll now be ready to leave the exotic island in the knowledge that you made pretty good use of your time.

First published on One World 365 on 20th September.