Though seemingly tenuous in connection, the Californian film festival run the event, with support from trade magazine Variety, HMV and Visit Newport Beach California, to celebrate and recognise the UK cultural industry and its contribution to the worldwide arts scene. Past events have honoured Keira Knightley and Benedict Cumberbatch for their work in Imitation Game, plus the cast of Brooklyn.

Amongst attendees were actors Charles Dance and Miranda Richardson, and photographer David Bailey, all named British Icons, individuals who have “built revolutionary careers with a lifetime of extraordinary contributions to their craft”. Actor and comedian Dave Johns who played the title character in I, Daniel Blake, and producer Rebecca O’Brien, were there to receive honours bestowed on Ken Loach’s searing look at the UK’s welfare state for Outstanding Achievement In Film.

NBFF executive director Gregg Schwenk felt the film fit the UK Honours requirement of a work that “leaves you changed and with a different perspective”. He said of I, Daniel Blake: “Granted it’s about the UK social welfare system, but the underlying themes of human dignity and compassion are definitely universal and will transcend not only to the US, but to the rest of the world.”

Representatives from Edinburgh International Film Festival and Creative Scotland (Ken Hay), Pinewood Studios (Eric Stevens), and the Ink Factory (Simon Cornwell) were there to accept recognition as arts champions for their work to “promote, defend, produce, educate, and encourage creativity and the arts.”

Others in attendance as guests were actors Susan Wokoma (Chewing Gum), Chanel Cresswell (This Is England), Sophie Skelton (Outlander), Jenn Murray (Fantastic Beasts & Where to Find Them) and artist Matt Collishaw. 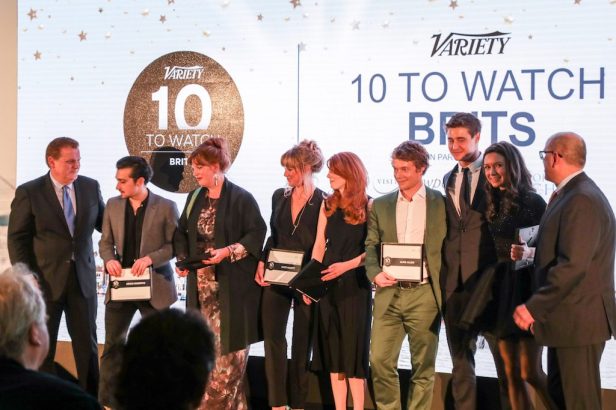