At an event brimming with rock legends and of-the-moment artists, as well as gin and attitude, we fought to keep our feet on the red carpet to steal some moments with the hordes of talent swarming the entrance to the awards ceremony before heading in for a night of entertainment and accolade-giving.

Alt-J, who won Best British Band and gave a glimpse of their infectious sound with a short performance to the star-studded crowd, and spoke humbly of how they never expect to receive such appreciation. 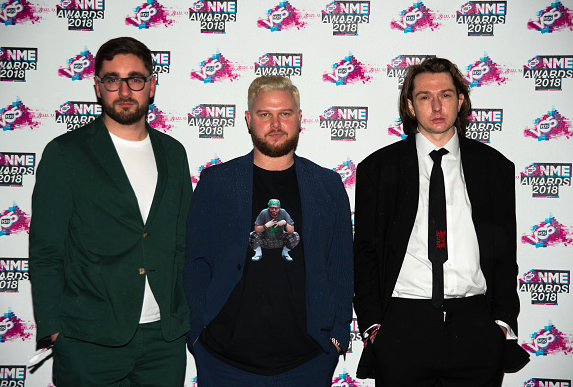 Craig David stopped to tell us about the revival of his career and the new chapter he has embarked on with artists such as Bastille, a collaboration that won him an award later that evening.

The lovably handsome and charming Loyle Carner who went on to scoop Best British Male Artist told us about the whirlwind kickstart he has had to his career with debut album Yesterday’s Gone.

Magazine editor Mike Williams spoke passionately about how the current movements for social change and in particular for calls for great gender balance and empowerment of women across the music and other industries had made their way even more prominently into the magazine in the last year.

The wonderfully new age hippies HAIM hit the stage to collect Best International Artist, urging women not to ever feel intimidated whether they step into a music studio or guitar shop, but to know they are exactly where they should be.

Other awards were dished out to non-attendees Lorde for Best International Solo Artist and Charli XCX got Best Track for Boys and thanked the crowd with a tongue-in-cheek video.

Stefflon Don was named Best New Artist and opened the show with a high-energy performance of Ding-A-Ling alongside Skepta, The Big Moon took Best Video for Sucker and Pale Waves were selected as NME’s Under the Radar act.

Kasabian won Best Live Act, Michael Eavis came up in his shorts to collect the award for Best Festival for Glastonbury and the consummate performing professionals Muse were named Best Festival Headliners.

Notoriously mouthy Liam Gallagher picked up the coveted Godlike Genius award, only, ahem, 12 years after his brother, a situation he did tell us could have been avoided had they both been given the award the at the same time. Introducing the award, editor Williams joked self-deprecating about the magazine’s mild obsession with the of-another-era rock star (he’s graced their covers an incredible 67 times). Gallagher didn’t disappoint, though, and indulged the audience in an absolutely classic parka-clad-despite-the-heat performance that included  (What’s the story) Morning Glory? and Cigarettes and Alcohol.

But the night really belonged to Shirley Manson of Garbage fame, collecting the Icon award, and whose introduction included quotes from the whole generation of stars who cite her as an inspiration, such as Lady Gaga. Before heading into the ceremony she stopped to speak with us about how strongly she feels that it’s about time harassment and unfair treatment of women ended and that music producers, particularly festival promoters, support women equally in the music industry. Truly an icon, the award couldn’t have been more deserved and recognition of Manson’s impact on the music landscape and those that have emerged in her wake could not have been more timely.