If someone had told this reviewer that every single Spanish speaker in London was in Brixton Academy on Thursday night, it would have been completely believable. Every word of every single chorus being sung in unison at top volume by the crowd back at Rosalía was a sight and sound to behold.

Having seen the Catalonian flamenco-fusion singer playing her home turf at Primavera this summer, it seemed it would be hard to beat the electric atmosphere, such was the absolute adoration from the locals of their queen. But to see her play outside Spain and have such a reception was all the more affecting.

The artist burst on to stage with Pienso En Tu Mira from album El Mal Querer (2018) wearing an epic combination of a high-legged red leotard and half-cut red leather trousers, a trademark high pony (every swing of which sent the crowd into meltdown), innumerable gold hoops and talon-like nails – backed up by her troupe of dancers in uniform white.

From the word go, she brought pure, unadulterated energy followed by moments of simmering intensity. Her James Blake collaboration Barefoot in the Park held quiet romantic beauty; her twist on Justin Timberlake’s Cry Me A River, Baghdad, hung heavy with burgeoning emotion; and her cante flamenco on Catalina reverberated out over a virtual hushed silence, conveying a depth and complexity of feeling that seemed to far outstretch her 26 years.

The gig climaxed on the addictive smash-hit that is her reggaeton-infused Con Altura, made with J Balvin, set to mind-blowing dance choreography. She then returned to stage after insistent demands of “¡Otra!” from the audience for an encore with Aute Cuture and her original breakout – and multi-Grammy award-winning – track Malamente, joining the crowd’s voices one final time on cries of “tra tra”.

In between numbers, she was earnest and humbly thankful for the “love” from her audience, speaking with genuine fervour about her experience of being trained in flamenco in Barcelona, which grew to be her ultimate passion and now defines her as an artist.

It was perhaps a missed opportunity not to have more of the backing music, such as the “palmas” clapping sounds, performed live rather than played from a recording. But such quibbles were tough to hold to onto in the face of the onslaught of powerfully performed tracks, Rosalía more than demonstrating why she is emerging as a tour de force far beyond her native Spain with her unique blend of flamenco and urban R&B sounds, channelling both feminity and boldness, tradition and modernity in a fascinatingly innovative way. 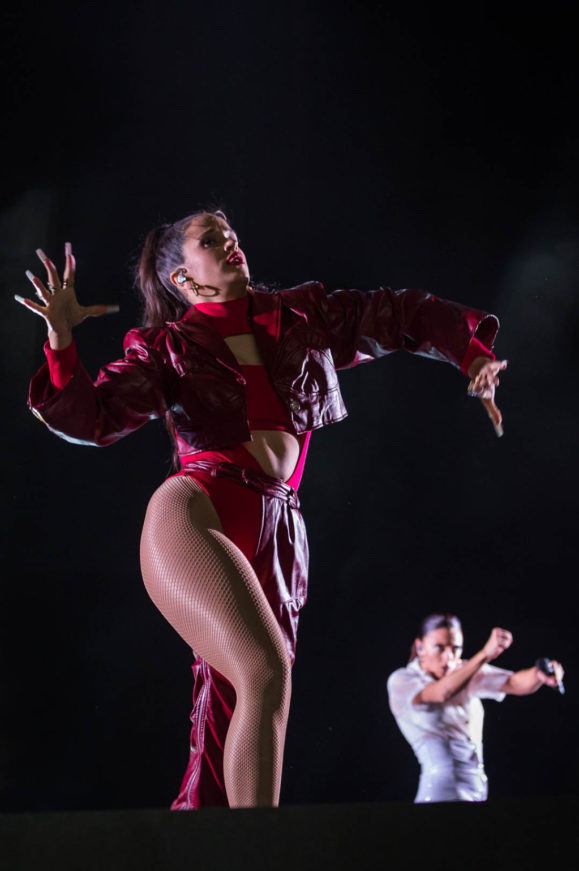 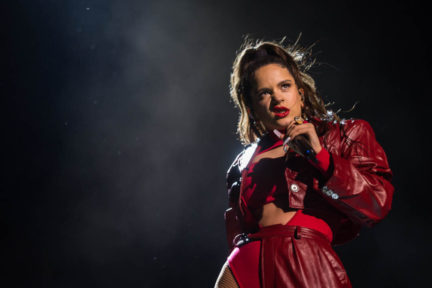 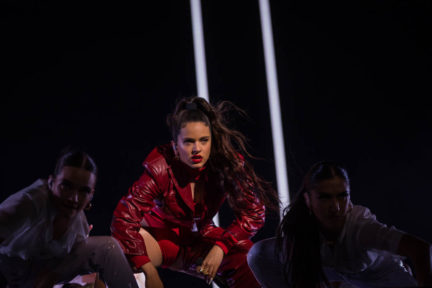 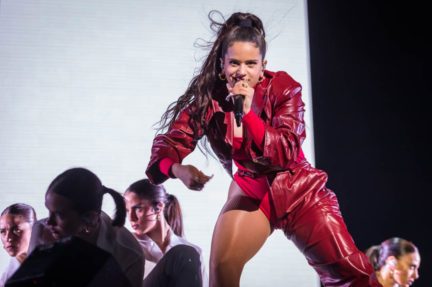 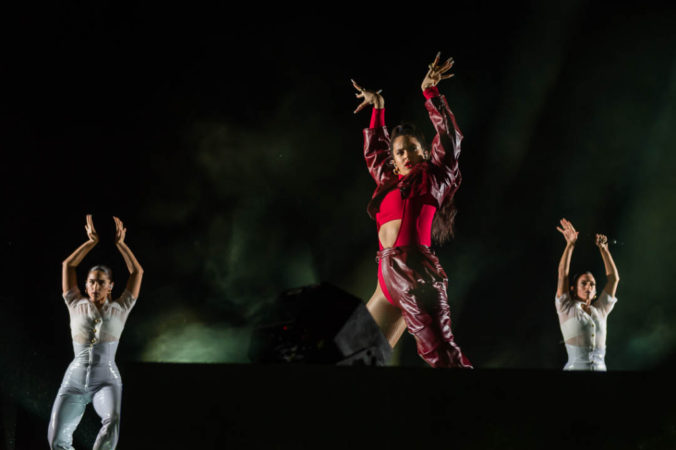 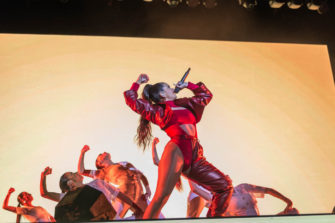 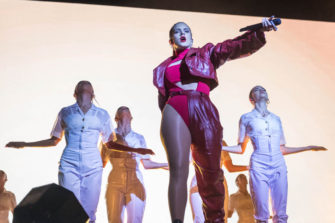 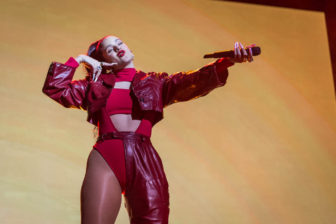 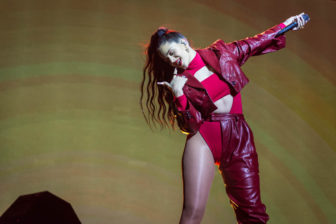 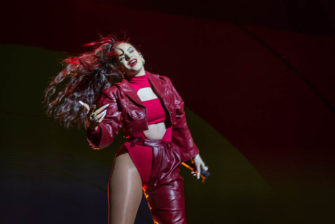 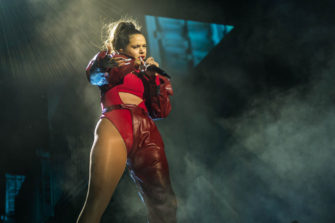 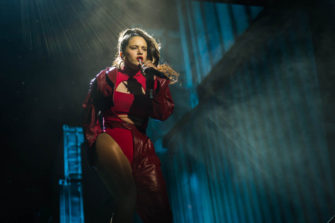 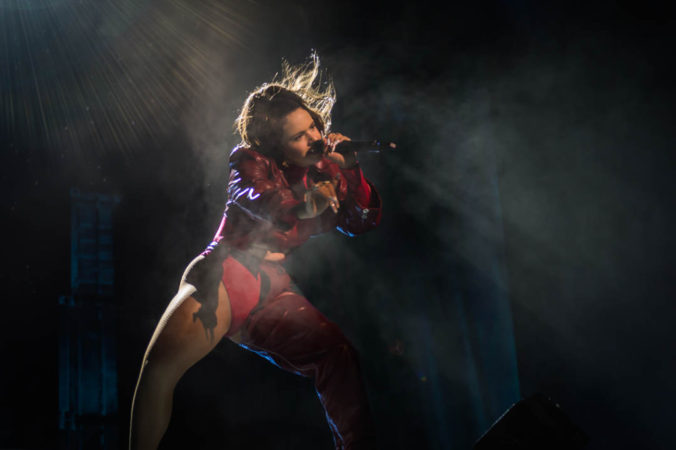 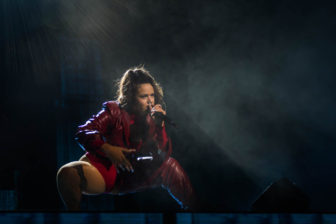 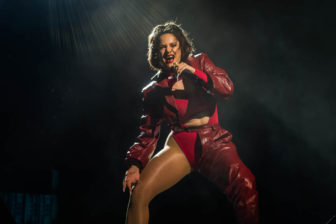 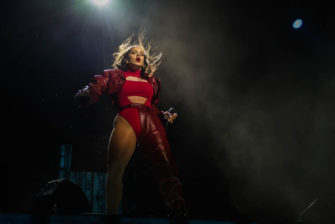 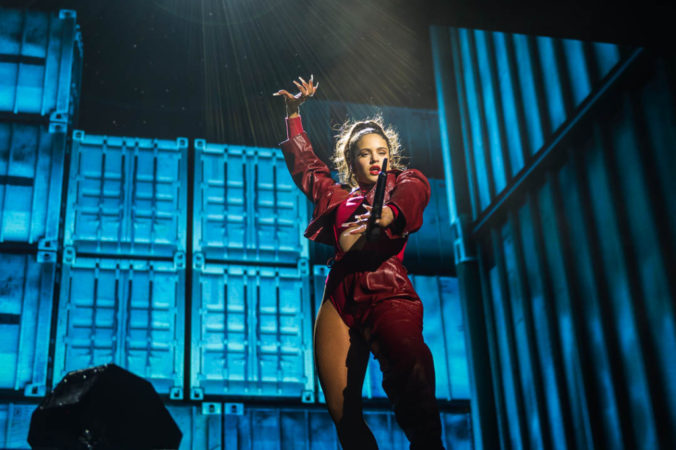 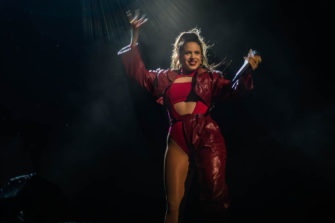 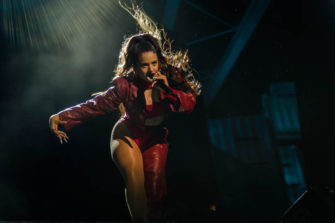 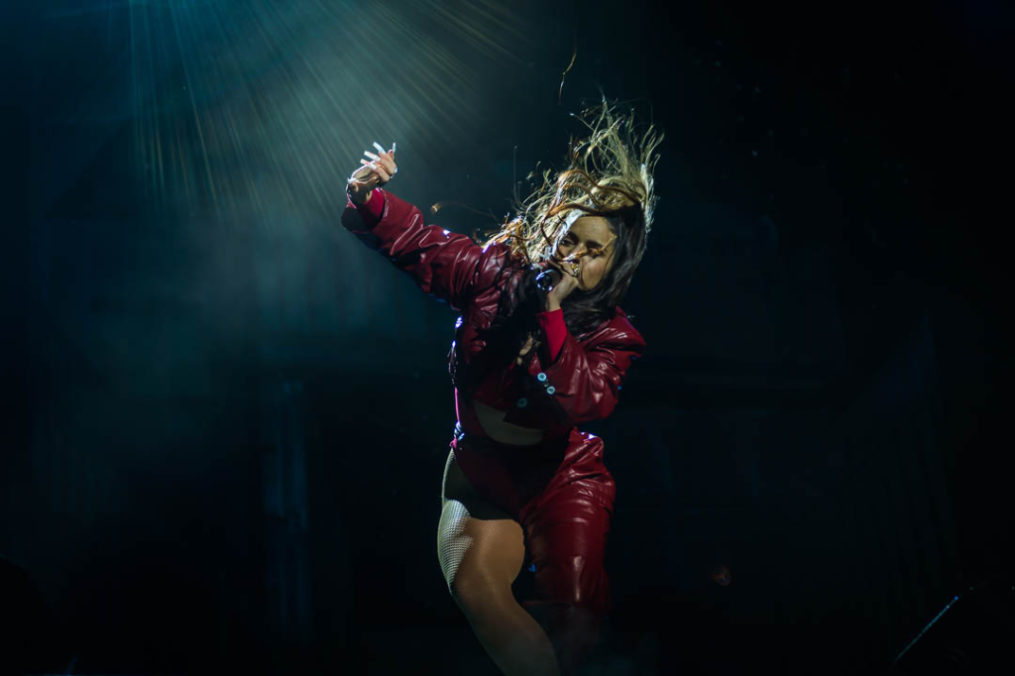