We know everything can feel a bit doom and gloom in the news at the moment. Which is not great on top of what might have descended into full-on lockdown ennui in terms of your mood. So for this week we’re going to “accentuate the positive,” to borrow from Johnny Mercer…

This week we celebrated the 50th anniversary of Earth day. And what a year to mark it as we see nature reclaiming the cities while humans retreat into lockdown. Pollution levels have dropped dramatically and animals of all shapes and sizes are popping up in unexpected places including bears in town centres and jellyfish in Venice rivers. I’ve certainly been noticing the skies here in London are bluer and clearer than ever which has buoyed me with optimism on even the most stir-crazy of lazy days…

Don’t know if any of you have kids at home but there’s a pretty epic lineup of supply teachers on hand with BBC Bitesize. David Attenborough on Geography, Professor David Cox on Science, footballer Sergio Aguero teaching Spanish numbers, singer Mabel on reading duty, Danny Dyer on history (yeah we’re not sure why either…should be entertaining though!). Might be time even for us adults to brush up on school lessons?

You’ve no doubt already heard a lot about him but Captain Moore the 99-year-old war veteran who was doing laps of his back garden to raise money for the NHS has raised a whopping £28m! He’s now hit number one in the charts with single You’ll Never Walk Alone by his 100th birthday! He’s was up against The Weeknd’s Blinding Lights, who graciously tweeted fans to back Moore instead. Which Moore appreciated, despite having to ask his grandson who he was… “Benji tells me you’re rather talented and very popular! What a kind gesture. Thank you!” 💕

My goodness, how gracious of you @theweeknd
Benji tells me you're rather talented and very popular! What a kind gesture. Thank you! https://t.co/U9wHiHpW5h

Human trials for a coronavirus vaccine have got underway! Here in the UK they kicked off on Thursday with a vaccine developed by University of Oxford. They say it should have an 80% success rate 🤞.

Everyone was pretty impressed with Keir Starmer’s debut performance at Prime Minister’s questions. Having replaced Jeremy Corbyn as Labour leader, his first appearance opposite Johnson stand-in Dominic Raab was widely praised as barnstorming. His scrutinising approach has raised hopes he will be effective in holding our government to account – no doubt crucial during this period of crisis.

On the issue of PPE, Labour leader Sir Keir Starmer says a "pattern is emerging" and accuses the Government of being "slow into lockdown, slow on testing, slow on protective equipment" https://t.co/q7mglmufe9 pic.twitter.com/JuDNcNI0lw

The Big Night In BBC telethon overcame all technical and social distancing challenges to deliver a star-studded night of comedy sketches and performances and raise an impressive £27 mil, which Rishi Sunak (still got a crush?) announced Gov would match! Audiences were particularly loving the Catherine Tate sketch with David Tennant and Dave Grohl leading a #StayHomeLiveLounge cover of his Foo Fighter track It’s Times Like These, now released as a charity single. You can’t argue the lyrics, sung by everyone from Dua Lipa to Ellie Goulding, are apt: “It’s time like these you learn to live again / It’s times like these you give and give again”.

🎵 It's times like these you learn to live again ❤️🎵

Some furloughed workers are using the extra time on their hands to make meals for NHS workers! You can donate to Furloughed Foodies here.

And more than a million stockpiled in-flights meals are going to be donated to those in need across Greater Manchester with the help of not-for-profit group Open Kitchen MCR. They are currently cooking and delivering up to 10,000 meals a week to those in food poverty, sadly an increasing number in the face of the crisis. 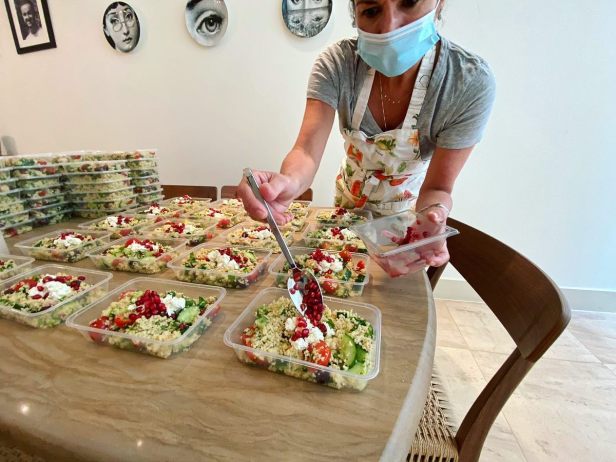 Tom Hanks wrote a heartfelt letter to a boy, 8-year-old Corona De Vries, in Australia who said he’d been bullied because of his name. He got in touch with the Hollywood actor after reading he was quarantined in the country with his partner Rita Wilson due to contracting the virus. Hanks replied and gave him his Corona-branded typewriter as a gift. Awww.

European leaders have agreed on a plan to inject £470bn to help hard-hit economies recover across the bloc. Such international cooperation will be vital for everyone’s life to go back to normal as soon as possible.

Italians are already thinking about ways to keep air pollution levels down after lockdown. Milan – one of the most polluted cities in Europe – is starting a new ambitious transport scheme to pedestrianise 22 miles of streets and create wider pavements where people can walk and keep social distancing at the same time.

And Berliners are getting the party started… at a distance, of course! DJs have been playing to empty dancefloors to help the city’s nightclubs survive the pandemic. Sets are streamed online and those raving from their kitchens are encouraged to leave a donation to help venues weather the crisis. The initiative is already being replicated in other cities. Head to United We Stream, dim the lights and get dancing 💃. 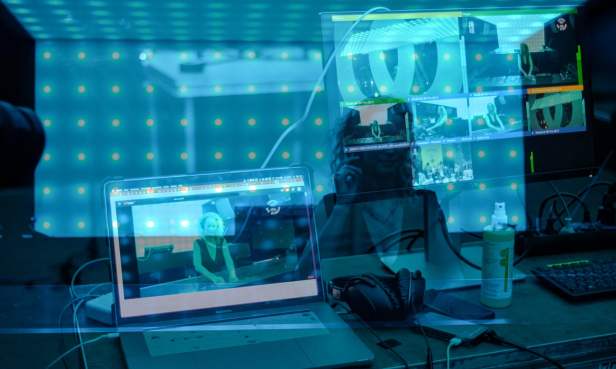 What’s been your top positive news story this week?

By Sarah Bradbury. Published on #ThisMuchIKnow on 25th April 2020.